A view of the Jerusalem skyline at dusk 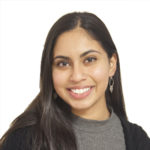 Rashika is a rising senior from Cincinnati, Ohio. Along with studying broadcast and digital journalism in Newhouse, she is in the Maxwell school’s Citizenship and Civic Engagement Program. On campus, she is involved with various media outlets, including The Daily Orange and Jerk Magazine. In the fall semester of her junior year, she studied abroad in in Sydney, Australia and spent two weeks traveling Thailand. Her favorite parts of the Israel trip were getting to talk to real Israelis and Palestinians, learning more about the Syrian War at the Golan Heights, and of course working on her Embassy story.