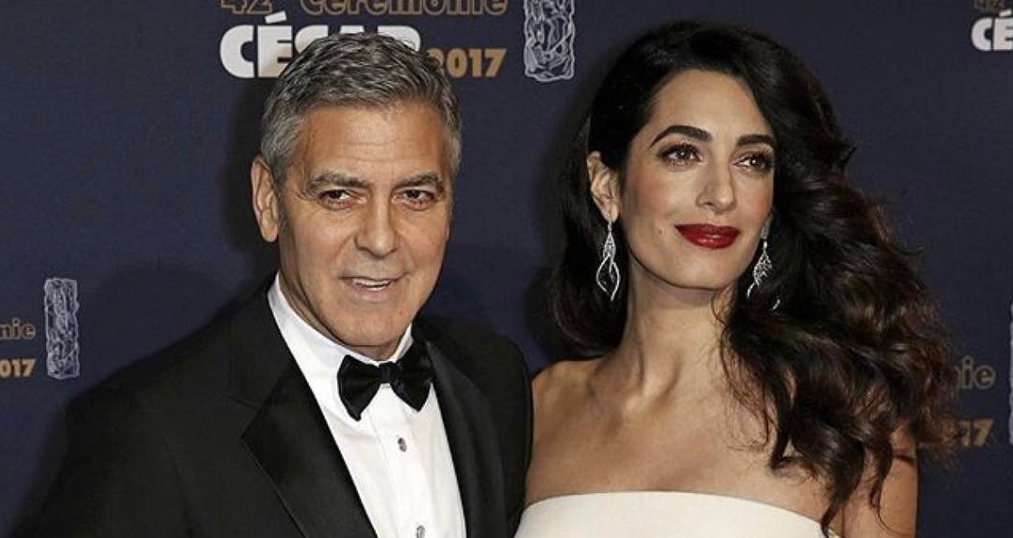 Amal Clooney has recently made headlines as the famed new wife and mother to be of George Clooney’s child. However, marrying the infamous Hollywood lothario is actually the least impressive thing on her list of credentials as the #1 ladyboss. From philanthropist, to human rights activist, to style icon, there’s nothing this woman can’t do. It’s Amal Clooney’s world and we’re just living in it.

Amal is a barrister at the prestigious Doughty Street Chambers, specializing in international law and human rights. Her clients include the former WikiLeaks founder, Julian Assange, former Ukranian Prime Minister, Yulia Tymoshenko, and the Egyptian-Canadian journalist, Mohamed Fahmy. Clooney is anything but your average lawyer.

In May 2014 alone, Clooney met the British Foreign Secretary William Hague and a group of leading female campaigners to discuss the international action that needed to be taken to protect children in conflict zones from rape and sexual violence. She was also a special advisor into the use of drones in counter-terrorism operations. Casual.

Amal speaks not only English, but also French, and Arabic fluently. Meanwhile, most people can barely remember the language they’re learning right now.

4. She’s Going Up Against ISIS

Clooney appeared on the Today show to casually announce her plans of taking on the militant terrorist group in court. While this is clearly dangerous, she simply stated that it was her job. Her client in the case, Nadia Murad (now a Nobel peace prize nominee and U.N. Goodwill Ambassador), was kidnapped by the group and forced to become a sex slave following the murder of six of her brothers and her mother.

Not only did she attend the British equivalent of Harvard, Oxford University, she also continued her law school education at New York University of Law. Alright Amal, we see you.

6. She Chills With Supreme Court Justices

While studying in New York, she worked as a clerk under Sonia Sotomayer — yes, the same supreme court justice who was nominated to the court by President Obama. Clooney and Sotomayer have been spotted having dinner on numerous occasions and are quickly becoming one of our favorite power women friendships.

8. She Started a Scholarship in Her Name

In 2015, Clooney partnered with 100 lives, a global project that brings awareness to the Armenian genocide, to launch a scholarship in her name. Each year, the program sends an exemplary female student from Clooney’s native home of Lebanon who shows interest in human rights and international issues to the United World College in Armenia.

9. She’s Fighting For Recognition of the Armenian Genocide

In January 2015, Clooney began work on the recognition of the Armenian Genocide.  She is representing Armenia on behalf of Doughty Street Chambers and in the case against Dogu Perincek, whose conviction for genocide denial and racial discrimination was overturned. Even better, when asked what designer gown she’d be wearing in court, she gave the name of the tailors who make her court robes.

10. She Won Barbara Walter’s “Most Fascinating Person of the Year 2014” and Declined to Interview

With her marriage to George Clooney, Walters noted that Amal joined the ranks of Jackie Onassis, Princess Diana, and Kate Middleton—everything she does, says, and wears is fascinating. However, Amal is too busy doing things like fighting ISIS and sticking up for Armenia to be interviewed for an award mostly based on her marriage to her husband.